This week was pretty good. We found some new investigators who are really interested in the gospel and sincere. One of them works on Sunday and when we told him that Church was on Sunday he was sad but he said that he would try to make it regardless (he didn't make it last Sunday, but still). He also read the entirety of both brochures we have given him. His name is Fr G. We had to explain the spirit world to Sr S again because we didn't explain it well the first time (and looking over it, without careful explanation the scriptures in Alma 40 are confusing). Also she didn't make it to Church on Sunday. Also we need to figure out how to work with members, it’s a bit difficult for several reasons. 1 we don't know where anyone lives. 2 we don't know anyone’s phone number and that just makes it hard. Also most people are occupied during the day. But ça va aller! We will work with the members!

My French is coming along well as I am striving to speak it more with Elder ZoBell and Kincaid, as they often simply speak in English with me. I haven't had a full dream in French yet, though there are always French words in my dreams. I'm in the New Bell Branch. (Responding to a quote from his mom) “Be honest, do the work, enjoy the journey.” Yep that applies to life. Everything in life really. It will be so weird to come home and not have Aunt Denise, Uncle Ben, Calvin and Amanda there. 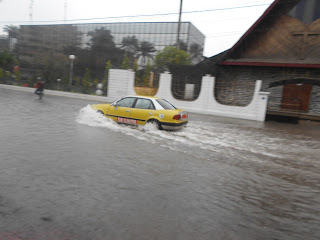 Posted by klrussell at 8:45 PM